*** With two million copies downloaded and over 500 five-star reviews, The Guardians series is a must read for fans of A Shade of Vampire, Twilight and The Mortal Instruments. ***

Fifteen-year-old Emmy Baxter is certain nothing exciting will ever happen to her. That is until she is viciously attacked by hordes of demons on her way to class. A team of powerful angels, who earlier posed as her classmates, comes to her rescue.

Emmy soon learns that her name is the only clue given in the quest to find the location of a sacred map that shows the way to ‘the bridge of souls’. If evil gains access to the souls, it will use them to create an army and annihilate the world. Emmy has no idea where the map could be or why her name was given as a clue. But that doesn’t stop evil from hunting her all over the posh Upper East Side of New York City.

While battling evil and still trying to make it to class on time, Emmy finds herself falling hopelessly in love with team leader; Marcus Cane. Emmy is shocked to find out that Marcus is deeply in love with her. Unfortunately, the team’s all-knowing guide makes a frightening prophecy: “If Marcus and Emmy unite, the world will burn…”

Will Emmy and Marcus stay away from each other if it means saving the world? Or will they give into their all-consuming love? If being with “the one” meant the end of all things, could you stay away?

“This story takes you to Heaven, Hell and all over the world and will not disappoint!”–Once Upon A Twilight ★★★★★

“…Well written with just the right balance of action, humor and romance.”– When Pen Meets paper ★★★★★ 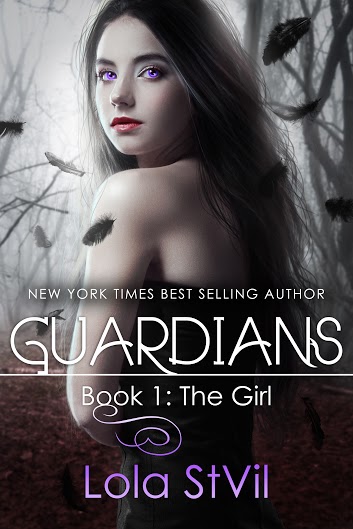